Fudoshin Aikido is an association of Aikido clubs in the United Kingdom, with a total membership of well over 100 people.

The Association was founded in 2005. We are members of the British Aikido Board (the UK Governing body) and are affiliated to Mutokukai Europe. 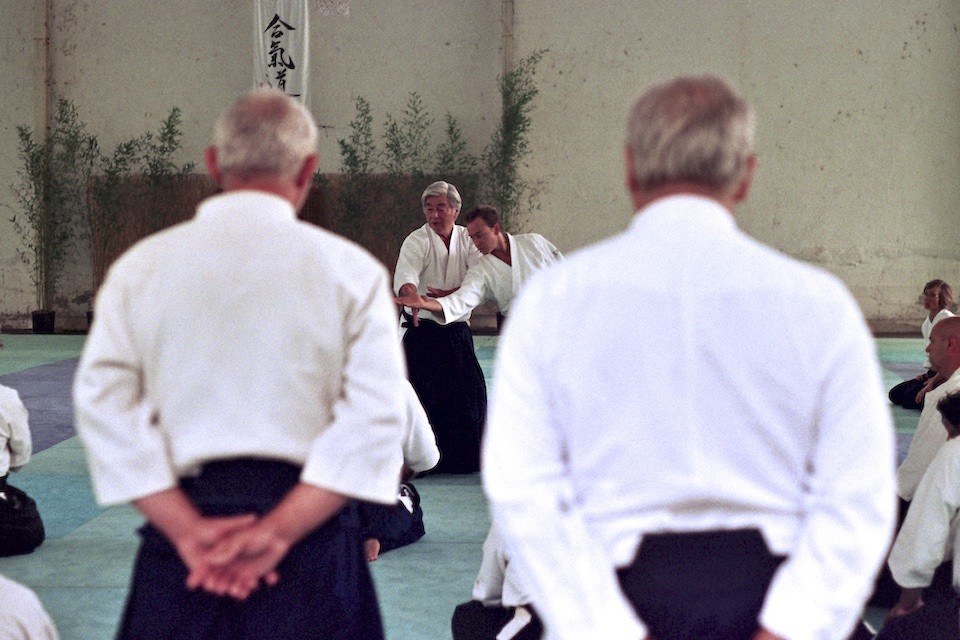 We study and promote traditional practice in Aikido, based upon the teachings passed on by Tamura Nobuyoshi Shihan, Pierre Chassang and others who strive to preserve the spiritual and the cultural elements in Budo.

The Association is a not-for-profit organisation. All of our proceeds are used to cover overheads and invest in Aikido courses and other events.

Fudoshin can be translated as “immovable mind” or “unshakable heart”. It embodies the attributes that the practice of Aikido is meant to cultivate: composure under pressure, a state of having an unwavering will, a spirit undeterred by obstacles that lie ahead.